Female values change the world. Epifónima is inspired by women's struggles throughout history and celebrates values traditionally seen as feminine.

Epifónima, which means "exclamation" in Greek, is a performance inspired by women's voices, aspirations and ways of creating and organizing. A piece of stage art that, by being inspired by historical women's fighters and prominent feminists, wants to lift and celebrate the courage and values ​​that have been required to create change. In humble admiration for the long chain of women who paved the way for us to be where we are today, with the opportunity to look ahead.

In Epifónima, the ensemble works cross-border and co-creating together with the creative team. The performance is a work of art created by everyone involved. The ensemble consisted of seven female circus artists originating from Greece, Canada, Palestine, Poland, Sweden and Switzerland.

Tilde Björfors directed and the music was composed by Rebekka Karijord, who previously composed the music for Cirkus Cirkör's performance Wear it like a crown. The music is mainly created from rhythms and female voices that Rebekka has collected from all corners of the world and which are mixed with the ensemble's voices.

No change without fight

In Tilde Björfor's work with risks/opportunities, border crossing and migration, it has been shown how often women carry the long-term burden. From that grew the desire to create a show inspired by how women have managed to run and build society-supporting functions that are not patriarchal. 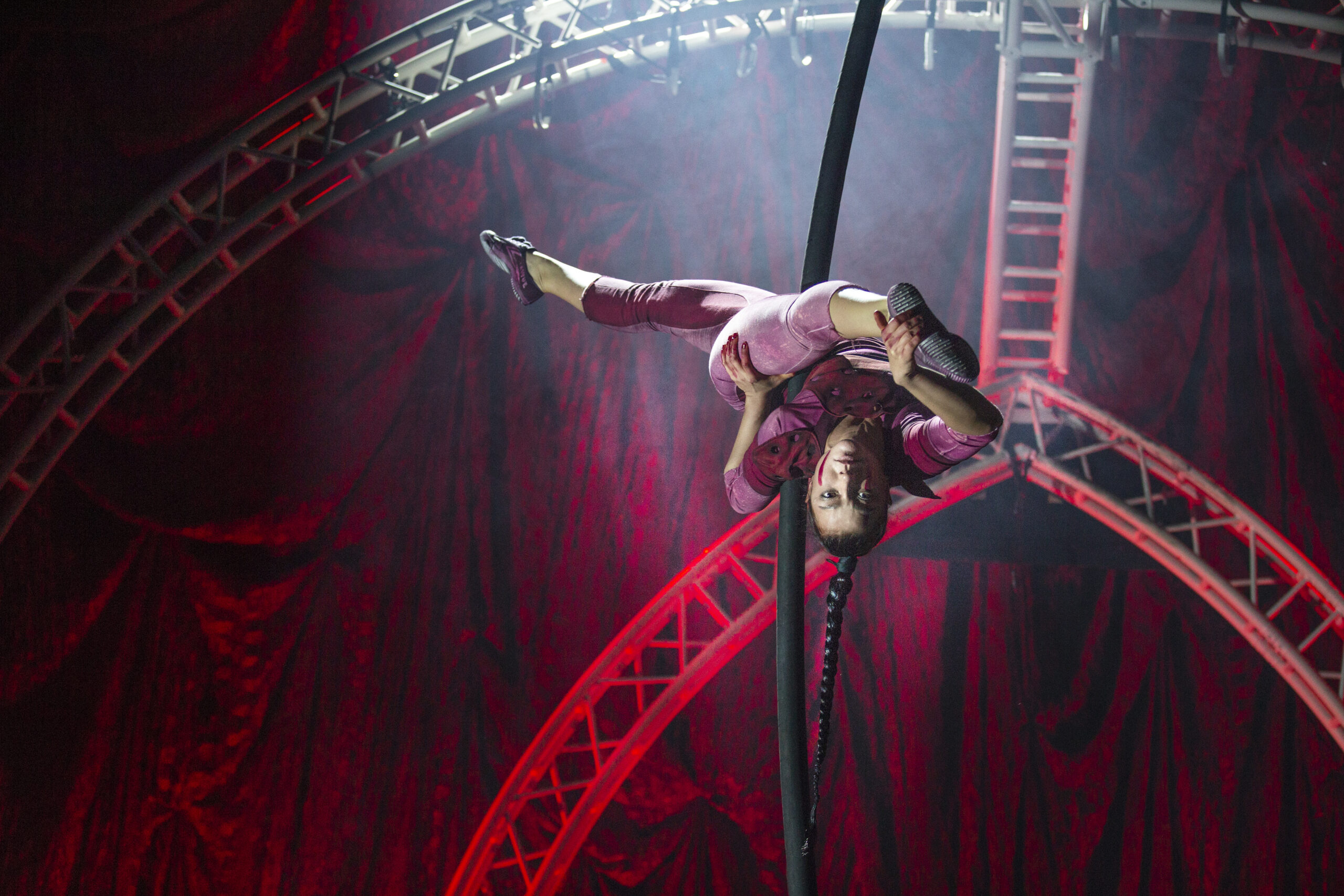 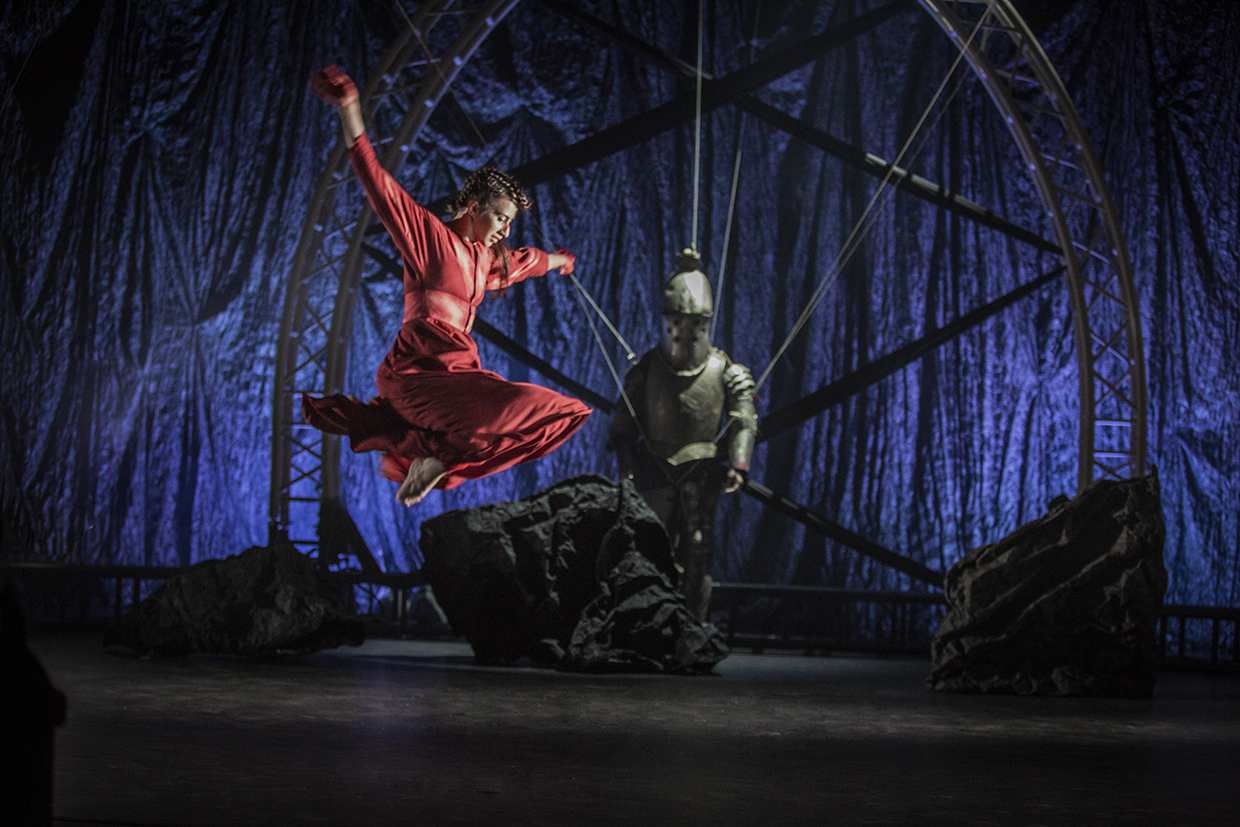 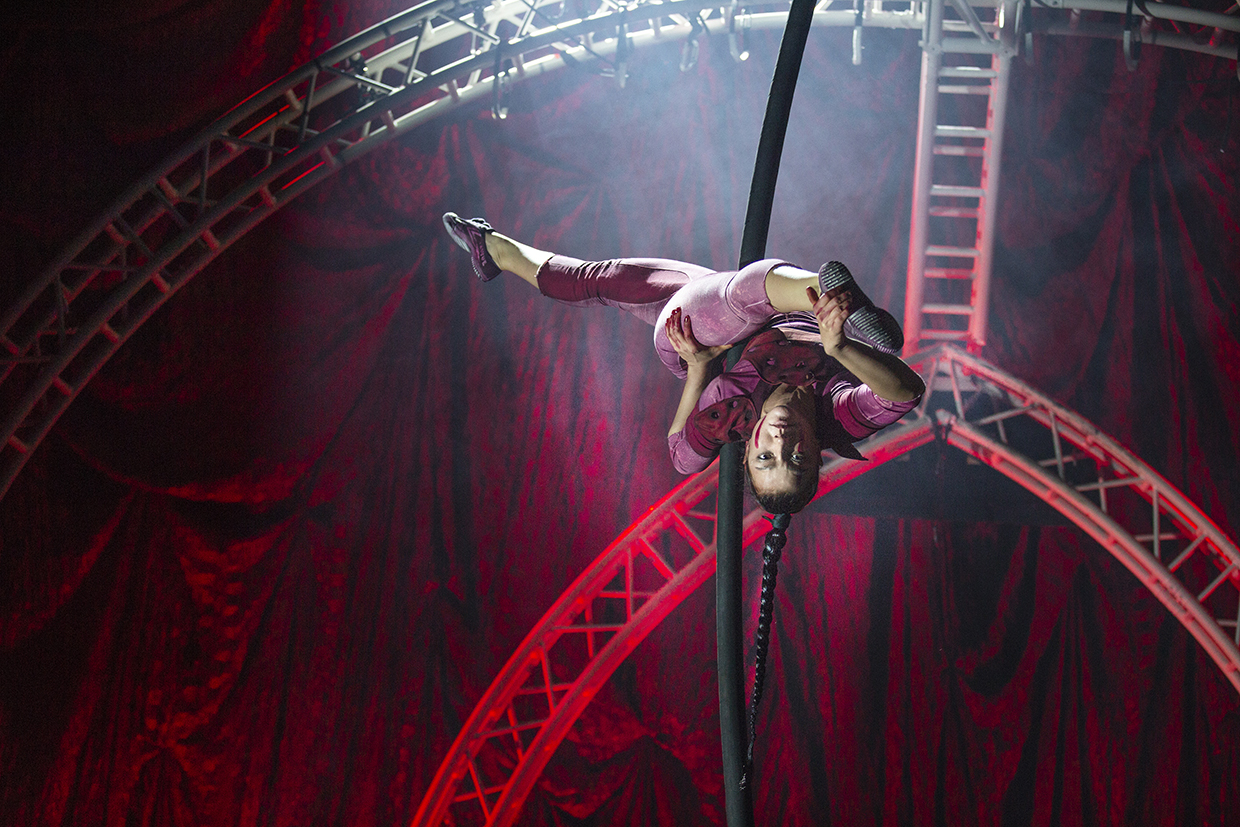 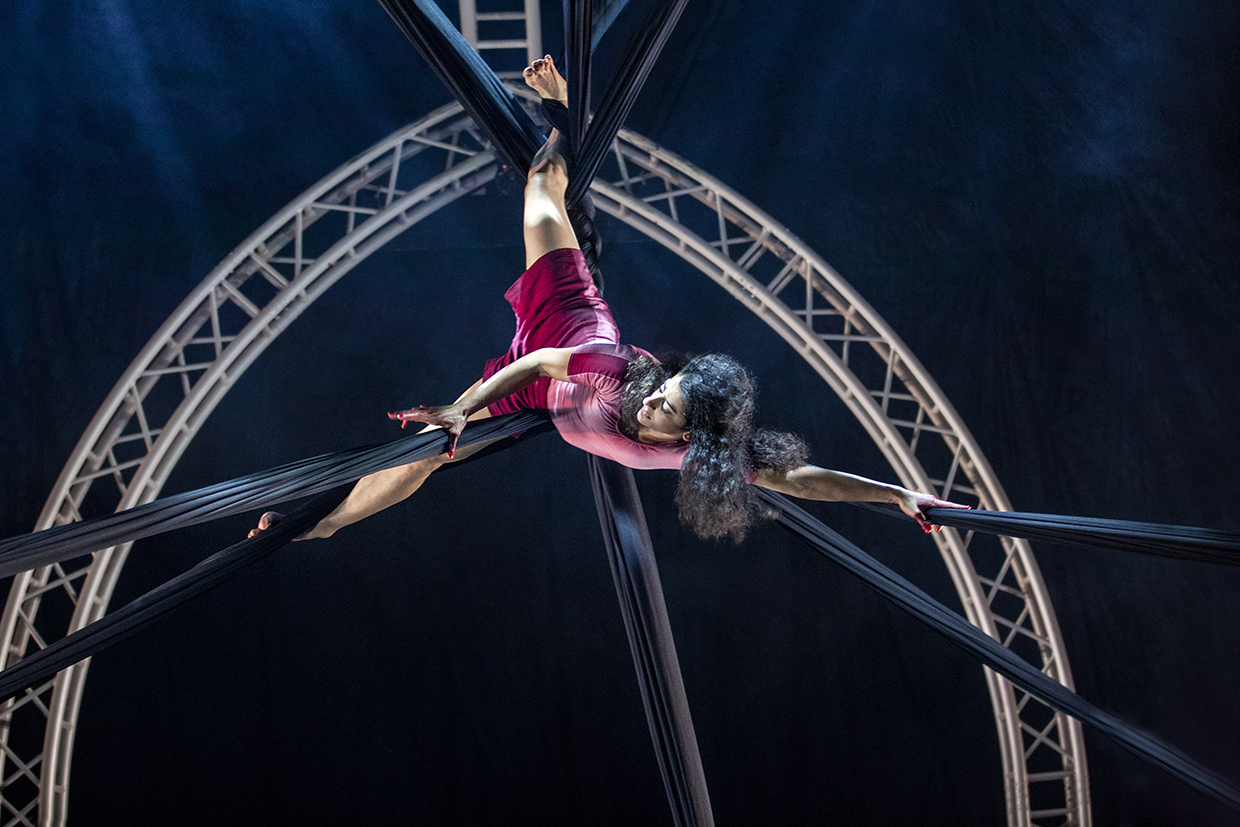 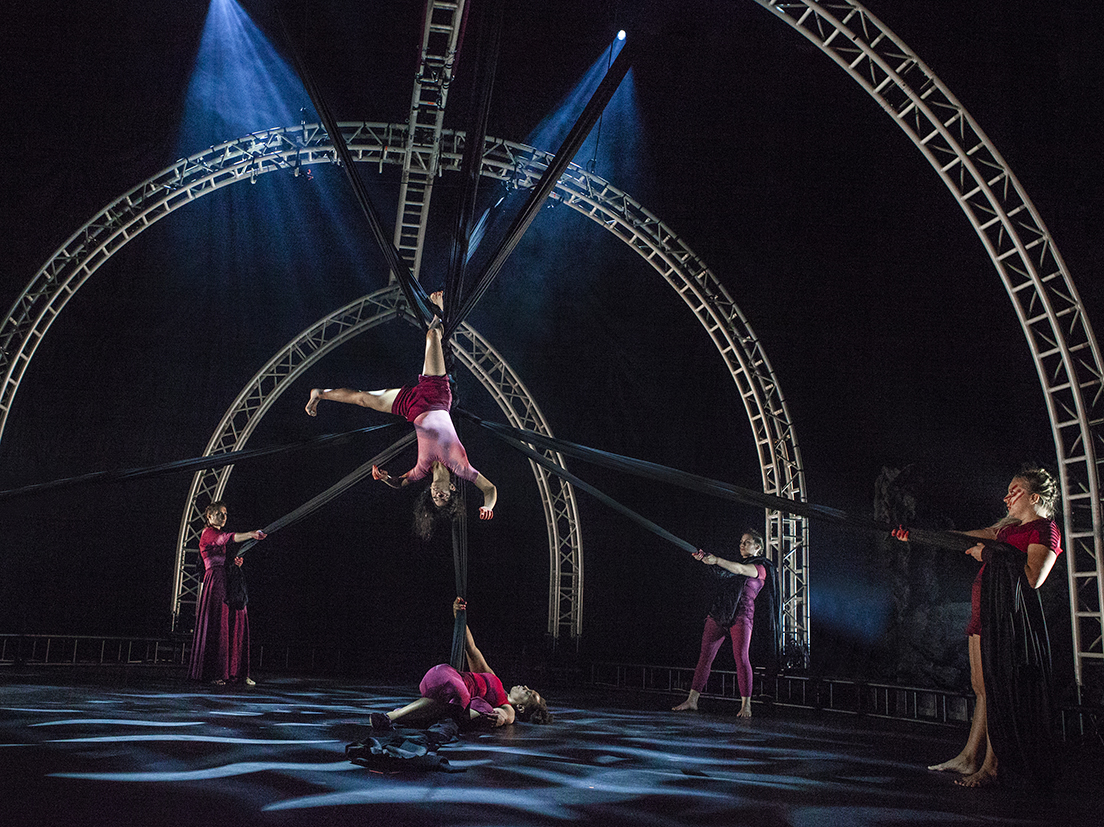 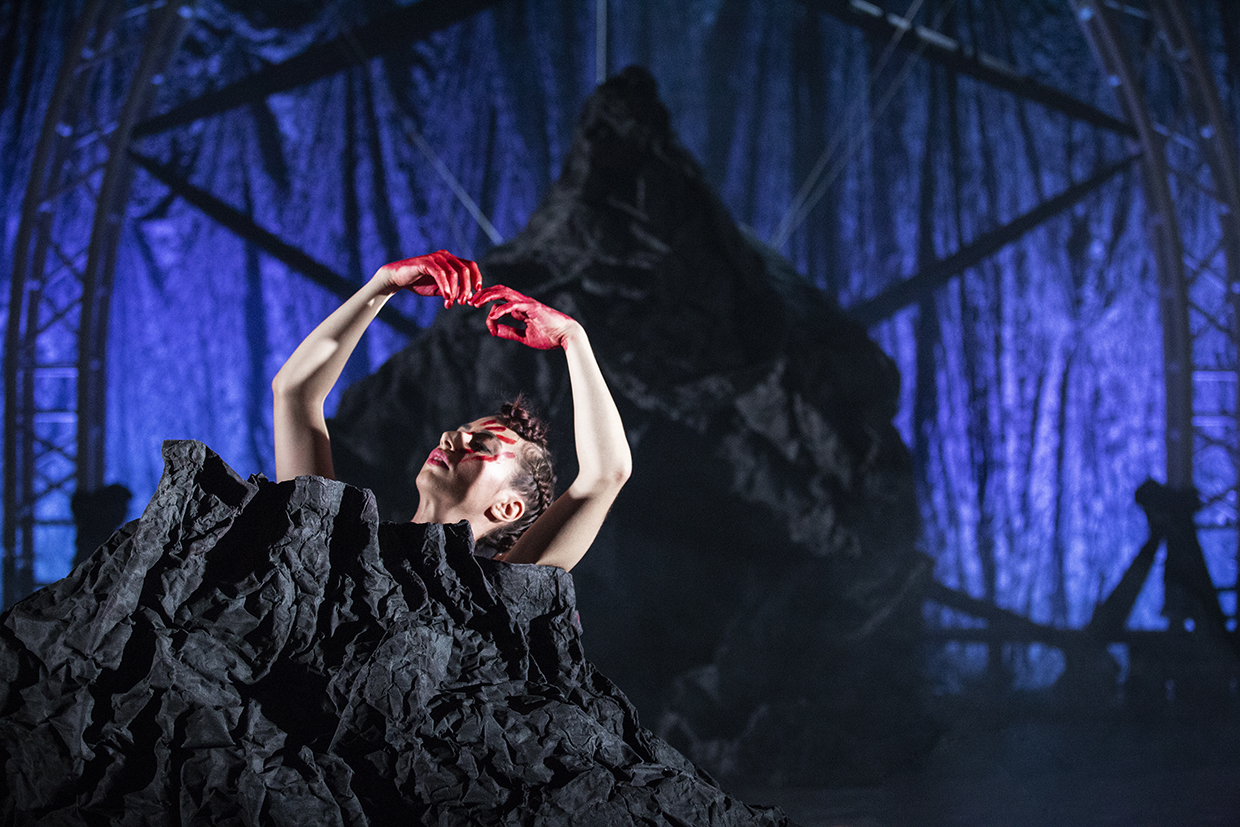 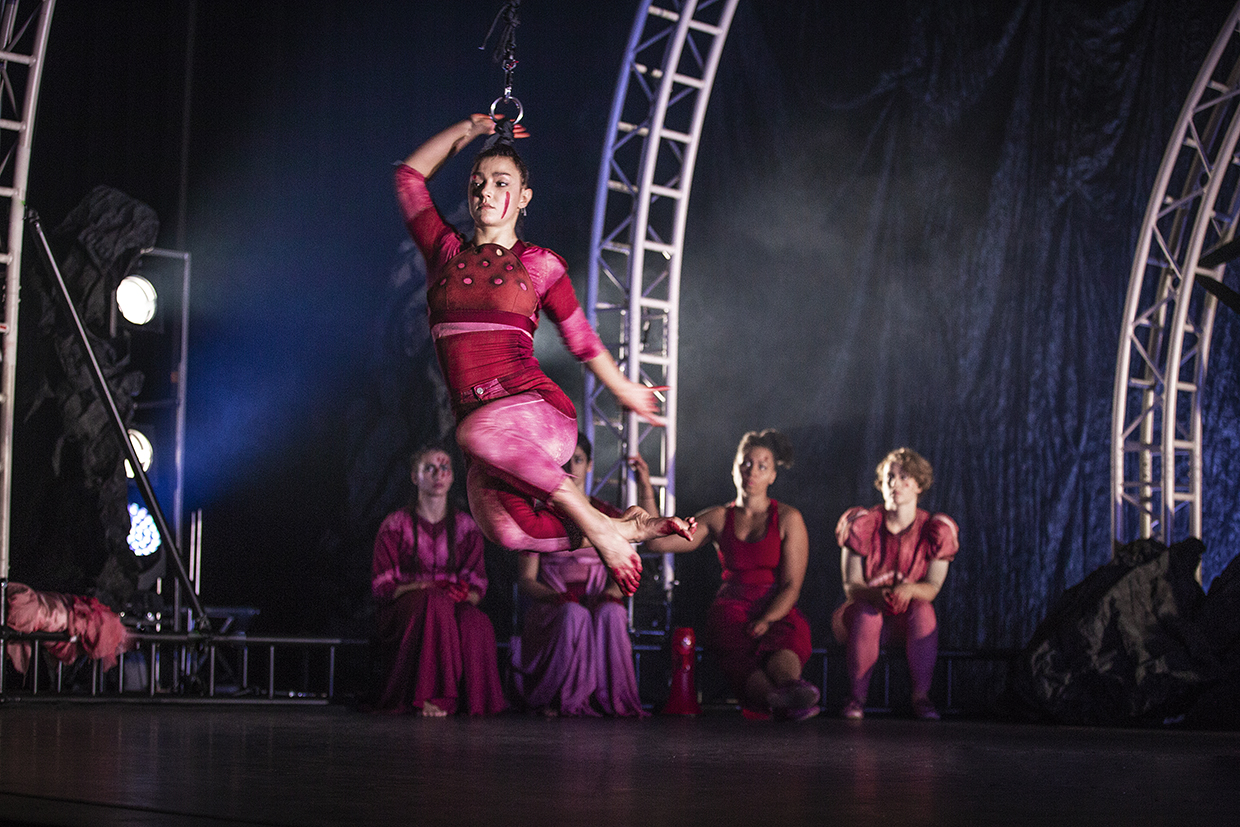 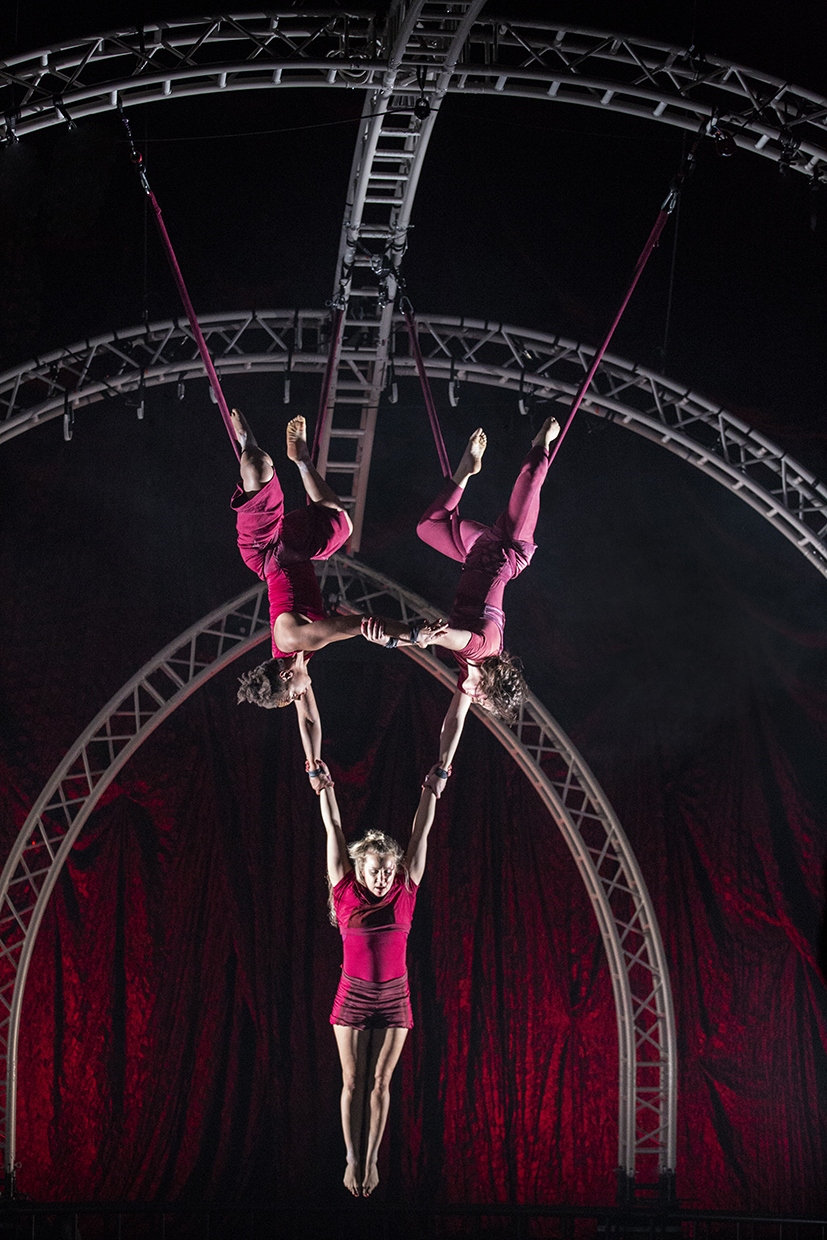 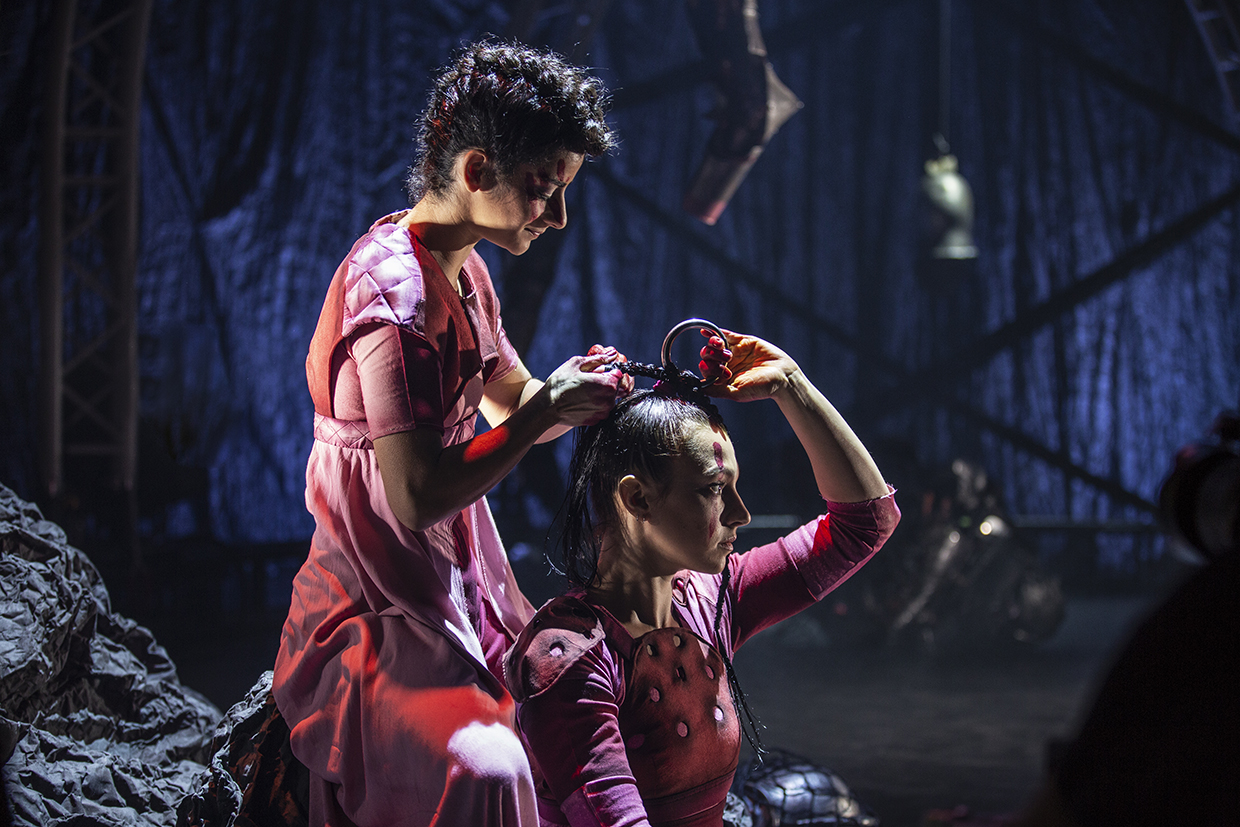 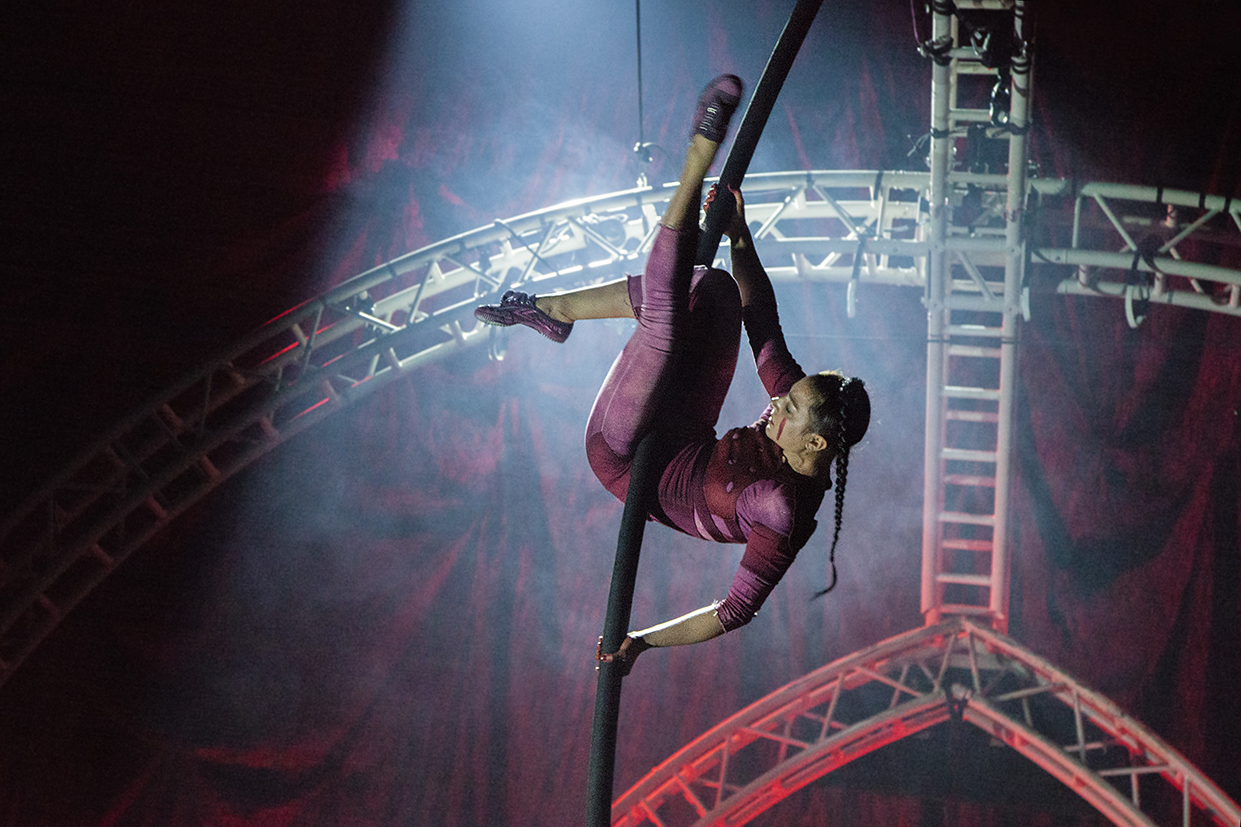 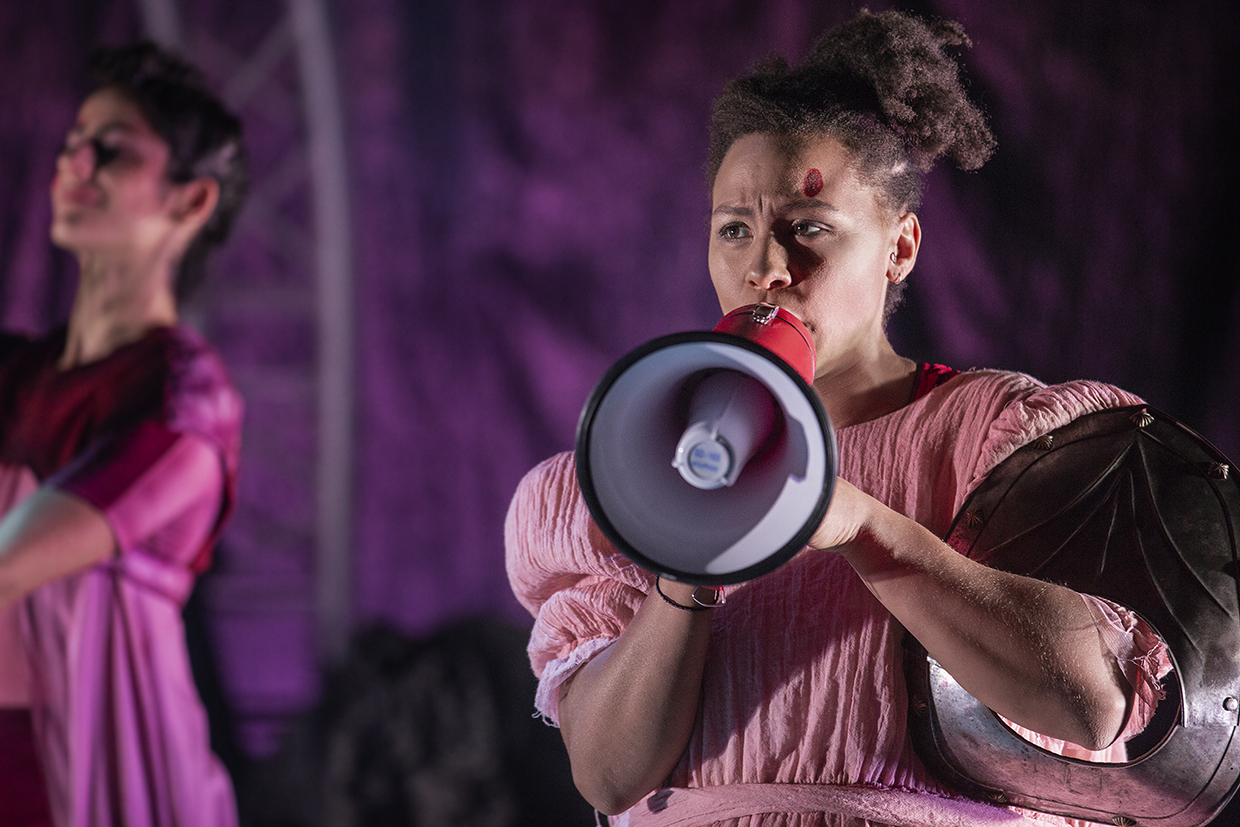 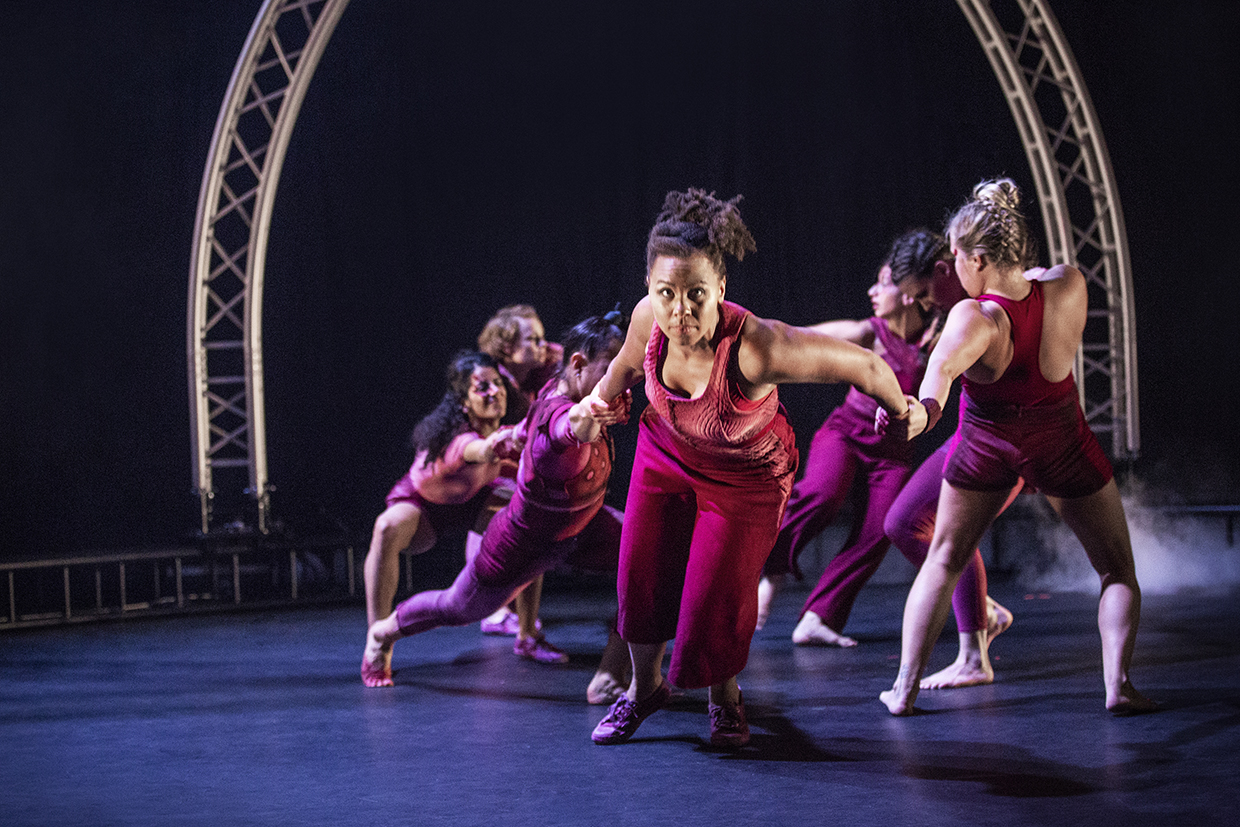 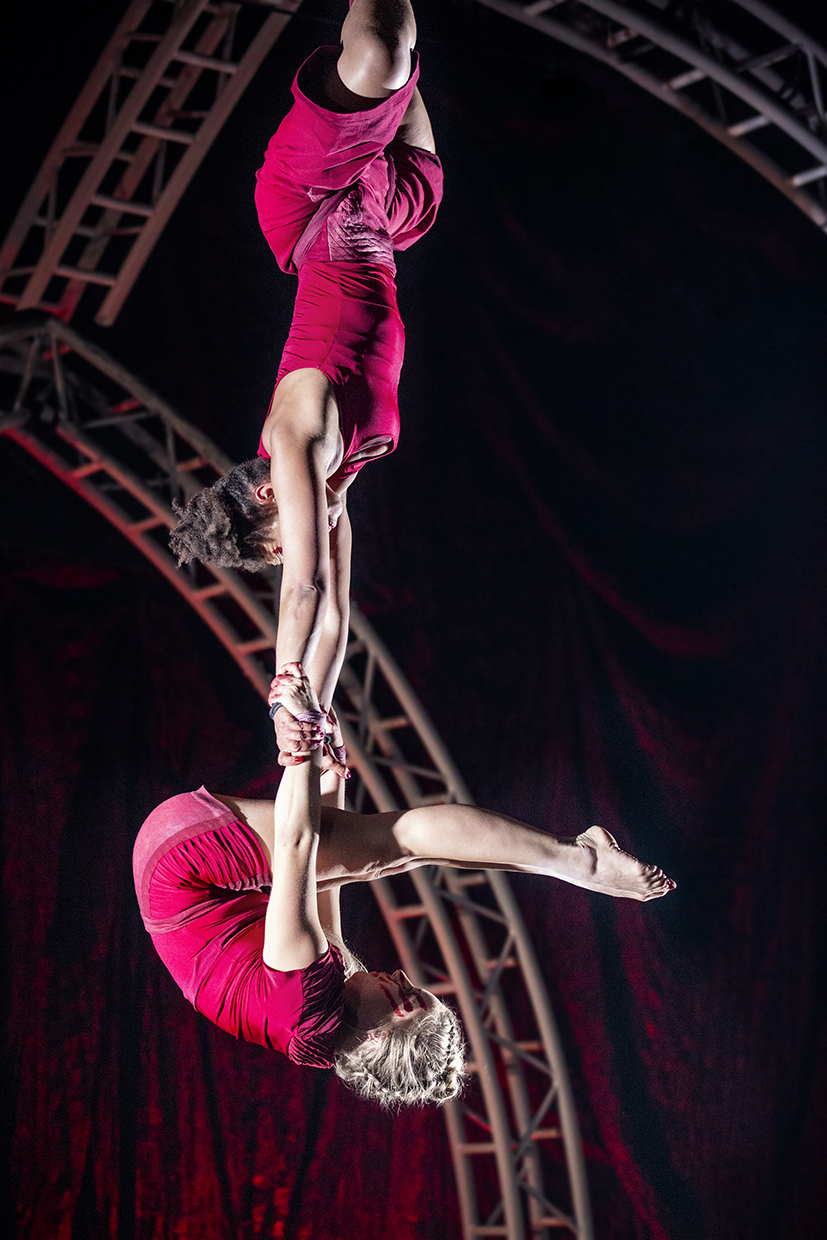 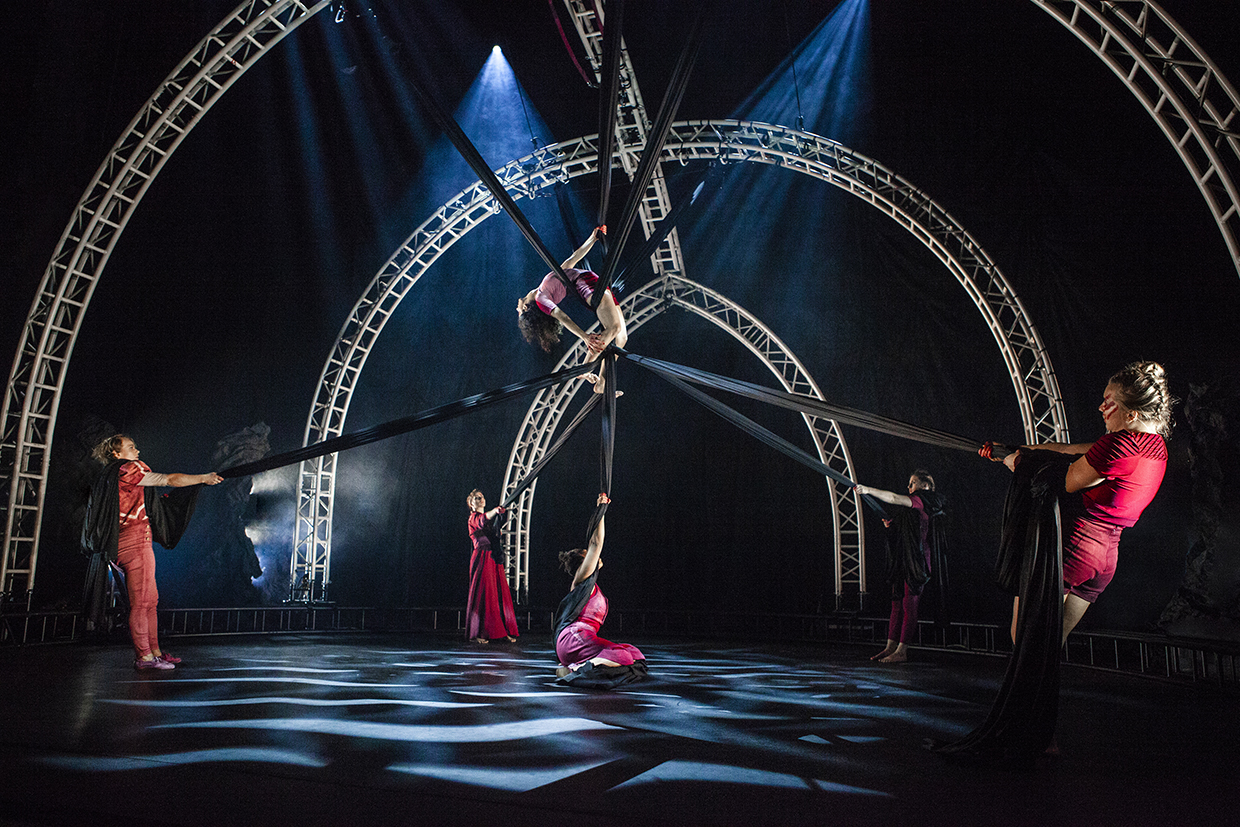 … the gentle and enveloping feeling that encompasses all of us is difficult to resist and is anything but a separatist experience in this circular circus creation with a big beating heart.

.. a pulsating communal rhythm is found, and all in all there are many beautiful moments, enveloped by Rebekka Karijord's music, which makes one’s heart swell.

It's creative, beautiful, often unexpected. The acts seamlessly slide into each other.A collective masterpiece of art

In Epifónima the ensemble works across boundaries as co-creators together with the creative team behind the production. The performance is an all-embracing artwork created by everyone involved.

Part of the props is created at Östgötateatern’s workshops.