The audience was invited to an experience where the interaction between the circus, the church space and Tranströmer's words provided a means of speaking to man's inner existential room – where vault upon vault opens endlessly.

Cirkus Cirkör participated with 7 artists handpicked from the ensembles of the company’s internationally touring performances. Local choirs also took part and music was performed on organ, didgeridoo, violin and electronic instruments, among others.

The idea for this experience came from Torbjörn Ahlund, parish priest at Vadstena who, after reading Tomas Tranströmer's poem Romanesque Arches, was gripped by a vision of how Cirkus Cirkör could create unforgettable magic in Vadstena Abbey church. The idea was presented to Cirkus Cirkör's production manager Lars Wassrin (as it happens, raised in Vadstena) who together with Jesper Nikolajeff – performer and director at Cirkus Cirkör – journeyed to Vadstena. Giving free rein to their imaginations, together they approached and gave life to Romanesque Arches through contemporary circus.

Romanesque Arches
by Tomas Tranströmer, translated from the original Swedish by Robin Fulton

Inside the huge Romanesque church the tourists jostled in the half darkness.
Vault gaped behind vault, no complete view.
A few candle flames flickered.
An angel with no face embraced me
and whispered through my whole body:
"Don't be ashamed of being human, be proud!
Inside you vault opens behind vault endlessly.
You will never be complete, that's how it's meant to be."
Blind with tears
I was pushed out on the sun-seething piazza
together with Mr and Mrs Jones, Mr Tanaka, and Signora Sabatini,
and inside them all vault opened behind vault endlessly. 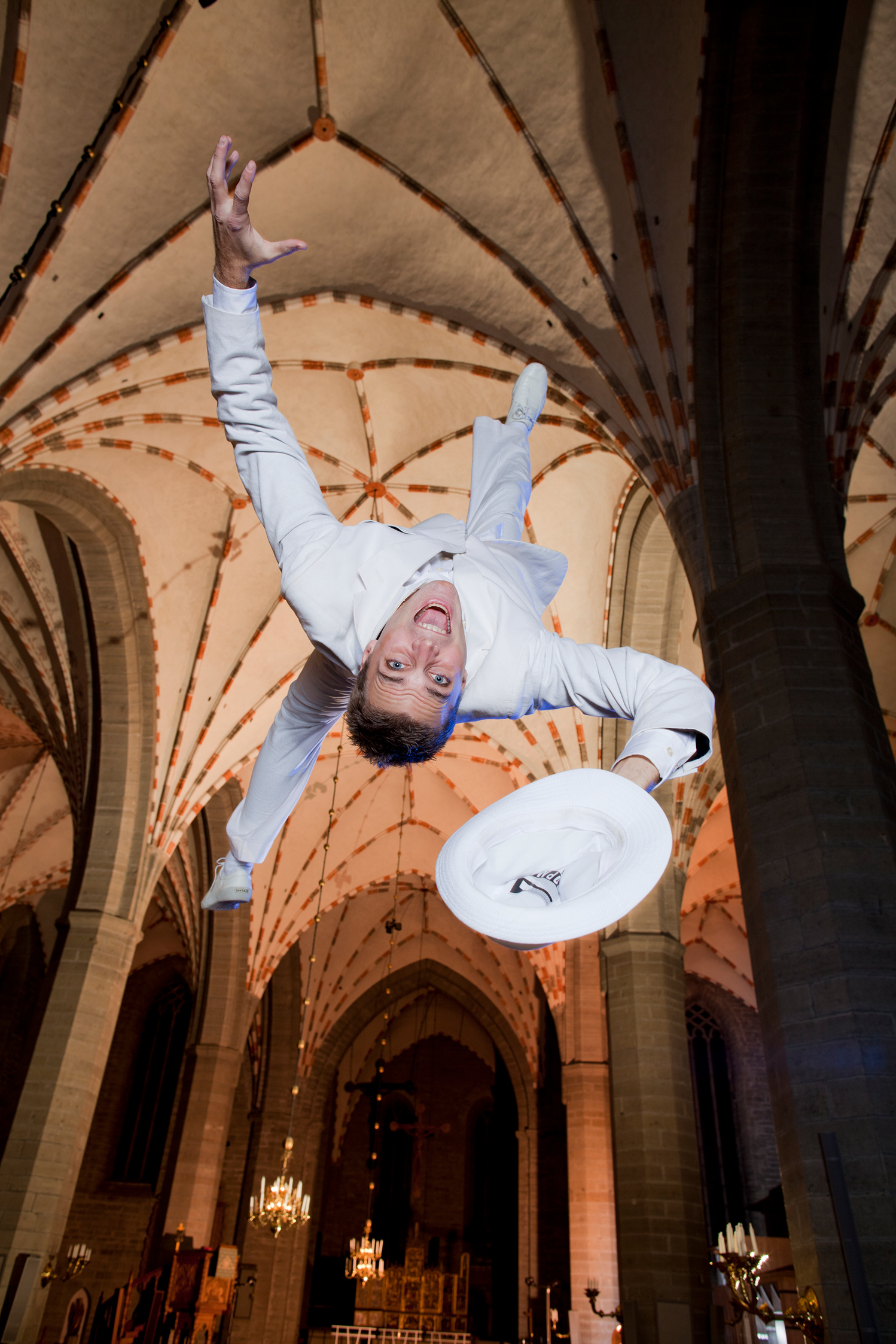 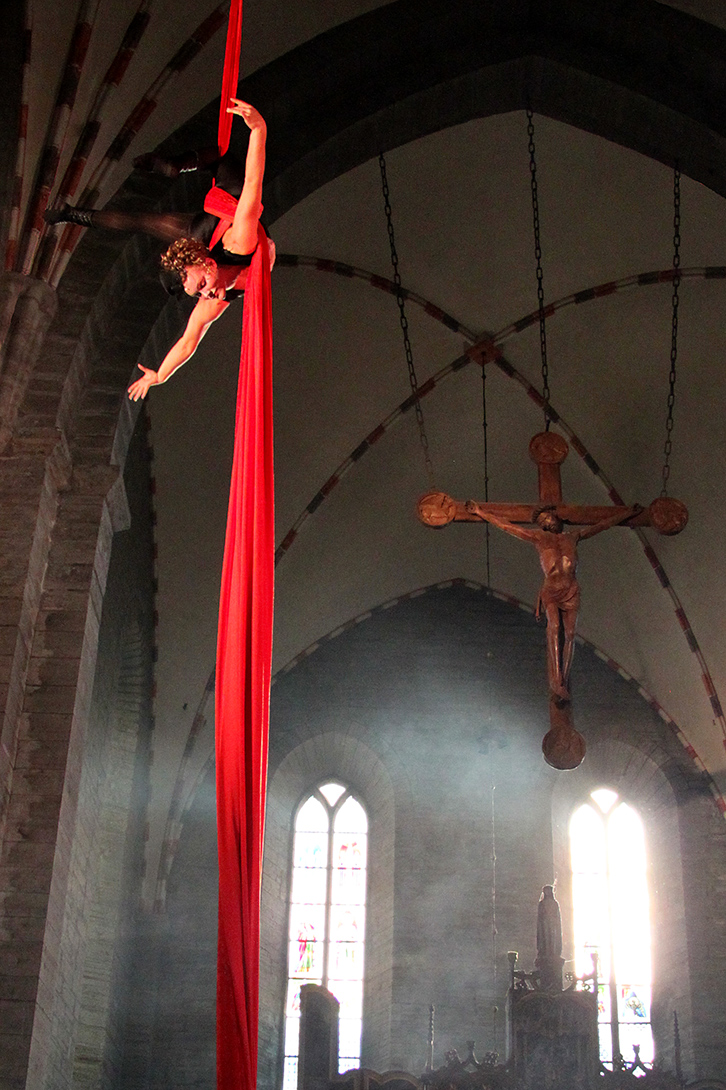