A circus, theater and dance adventure about Momo’s struggle to save the world from the Men in Gray and their time-stealing schemes, from time savings banks and other things that are sucking the joy out human beings.

A co-production with Stadsteatern/Stockholm's City Theater Skärholmen, after the novel by Michael Ende.

In the pleasant little town, strange things begin to take place. Why have people suddenly stopped meeting, speaking and socializing? Why aren’t people visiting each other anymore and why doesn't anyone have time? Who exactly are the Men in Gray sneaking around and why can't anyone see them? One day Momo happens to spot these time thieves, who cause time to disappear without a trace. She is catapulted into a fierce battle for time itself. And in this struggle, she and her friends are tested: Momo, the best listener in the world, Beppo the street cleaner, Professor Hora, the magical turtle Cassiopeia and Gigi the tour guide who does nothing but lie. Or does he? The performance is based on Michael Ende's novel Momo or The Men in Gray, one of the world's most widely read books for young adults.

In addition to the strong ensemble, including performers such as Siri Hamari, Jan Unestam, Piotr Giro and Sven Wollter, around twenty local enthusiasts and an equal number of circus students from Sweden’s School of Dance and Circus took part. The objective here was to promote active local participation in artistic and creative endeavours.

Another of our aims was to revitalize contemporary circus as a creative meeting place for different art forms and modes of expression, as well as to bridge the boundaries between audiences and performers, professionals and amateurs, children and adults, locally and internationally. An important part of this was our work with local audiences. Together with ABF, the Workers’ Educational Association (an NGO and the largest study association in Sweden), we held workshops in set design, production, marketing and make-up. We also organized related activities which we called Stjärnstunder, Star Moments, with the goal of creating meeting places beyond the production itself, thereby broadening our reach. Some examples: a lecture with physicist and author Bodil Jönsson who has written extensively on our relationship to time, open stages, story time and competitions at schools and libraries. Moreover, every single show was sold out – nary an empty seat in the house!

Time must be saved

Momo is the little girl who, because of her freedom from everything that ordinarily binds us, poses a threat to The Men in Gray and their attempts to steal people's time. Momo has a very special power, she listens, and in doing so she draws out the imagination and creativity of everyone she meets. 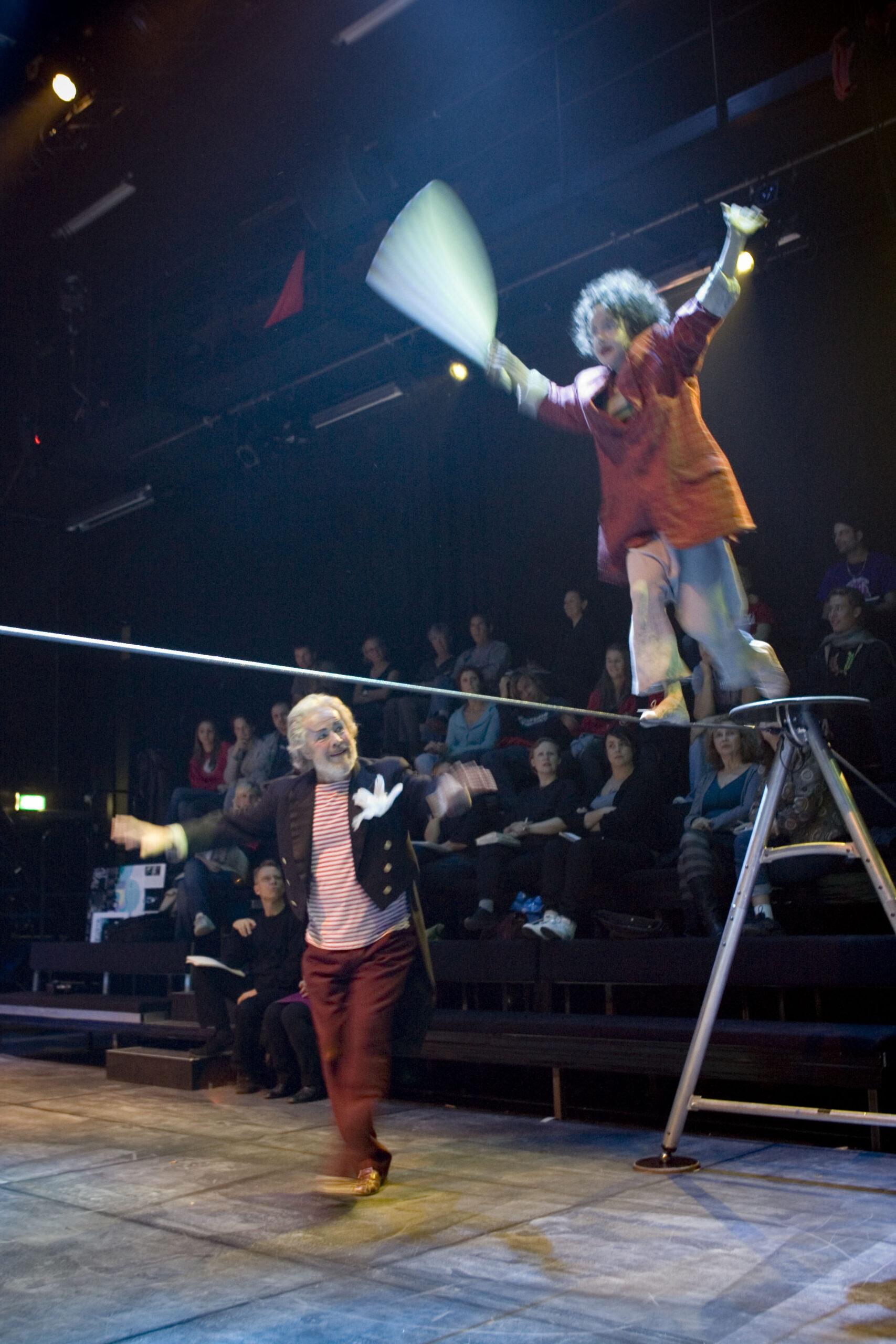 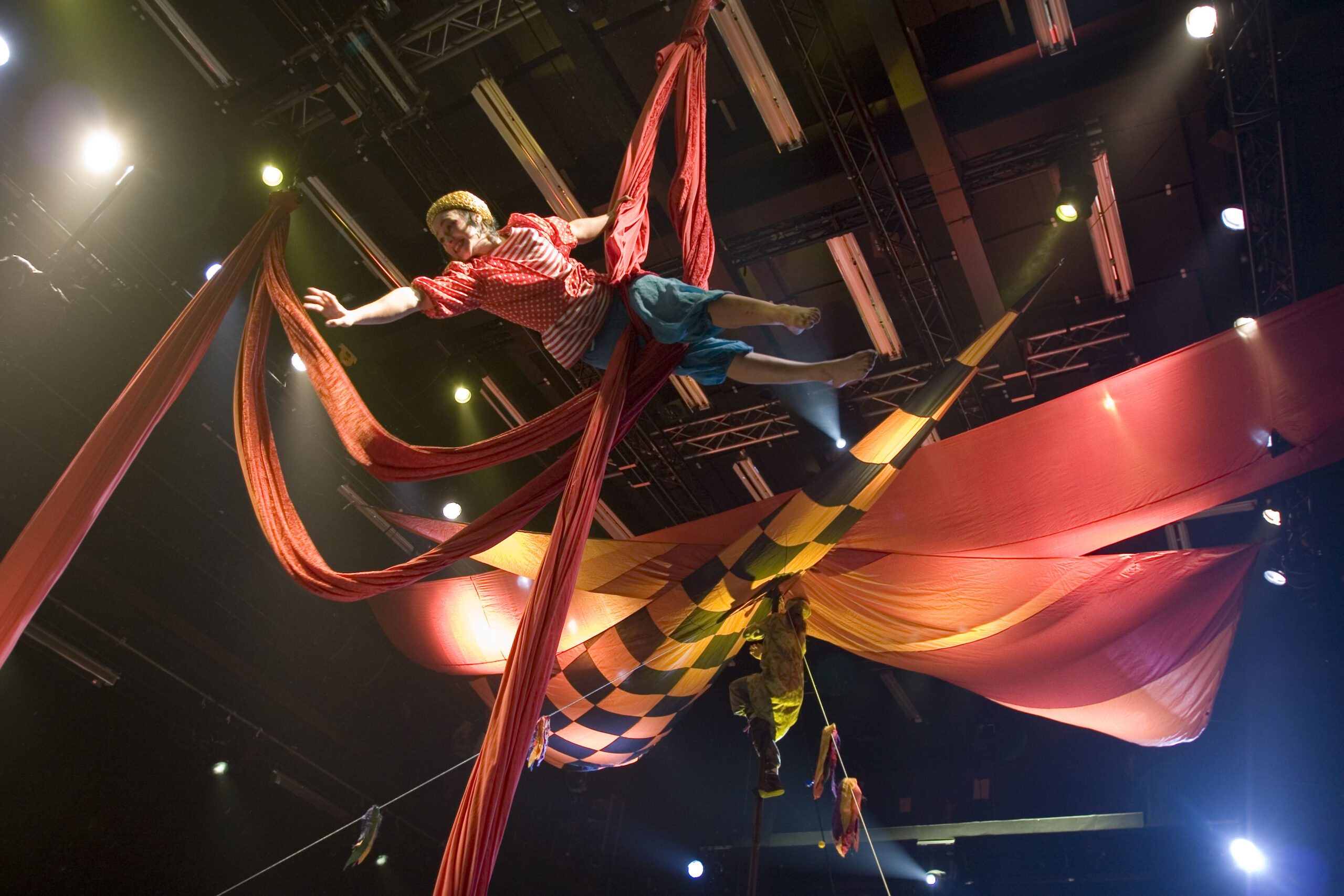 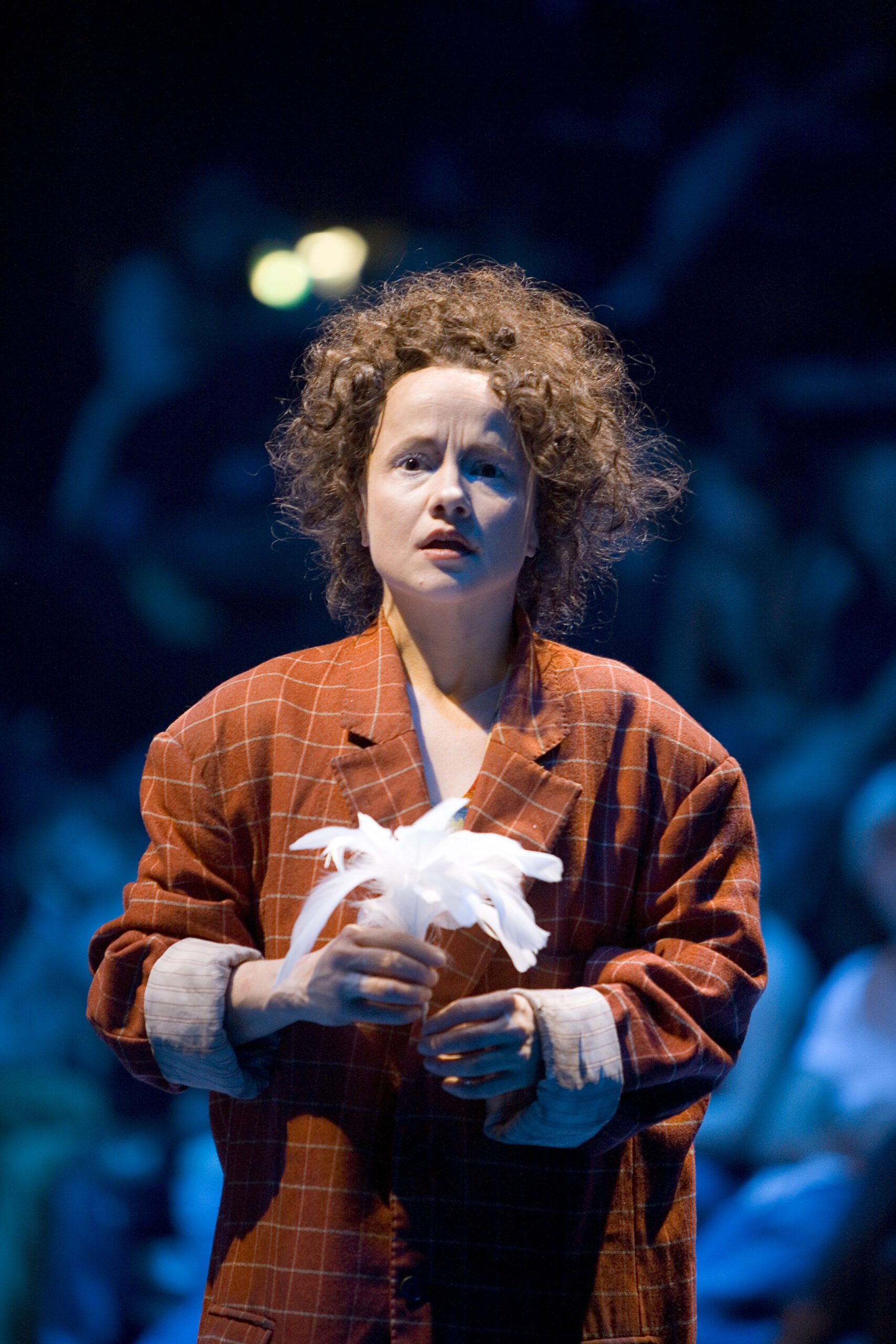 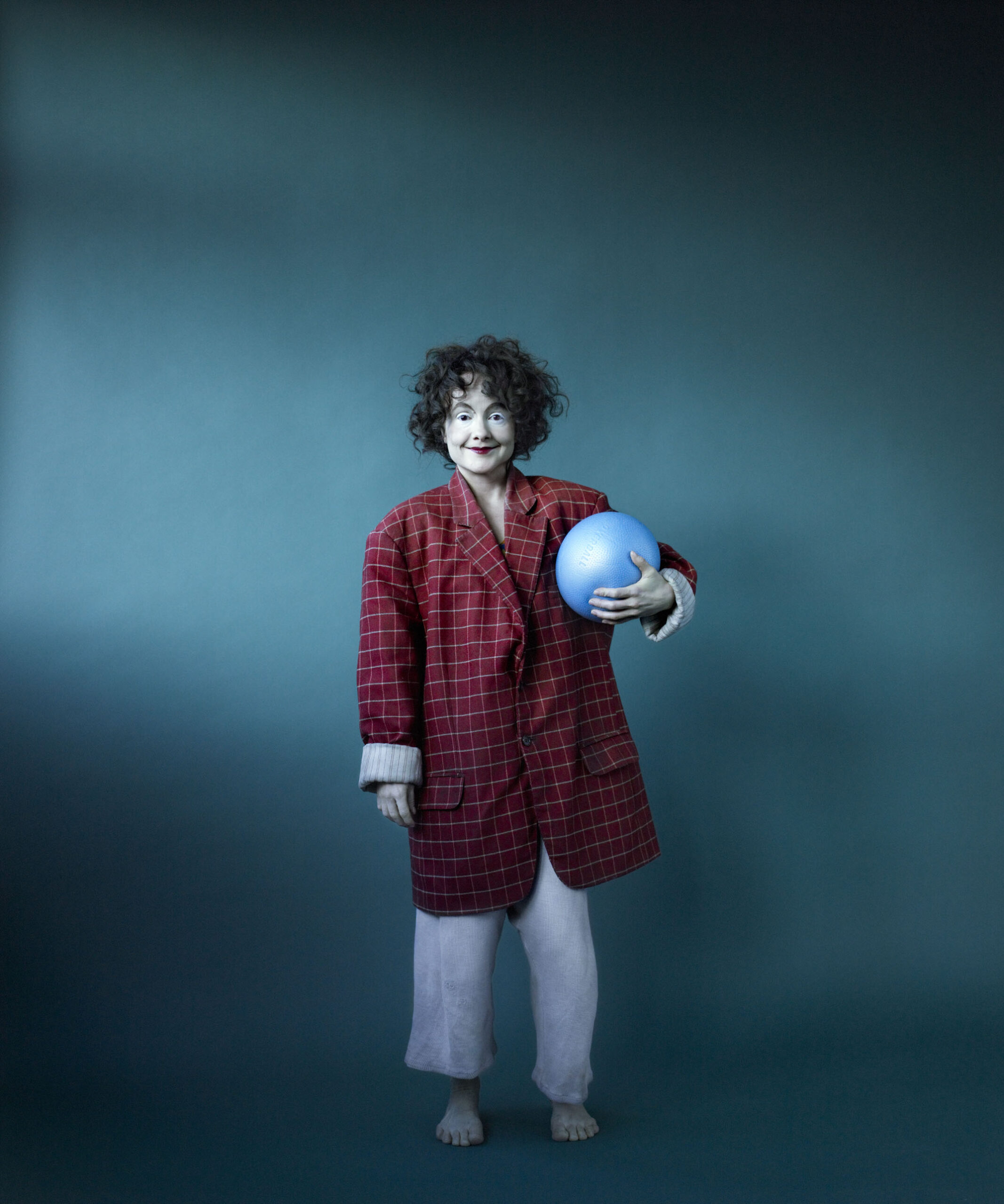 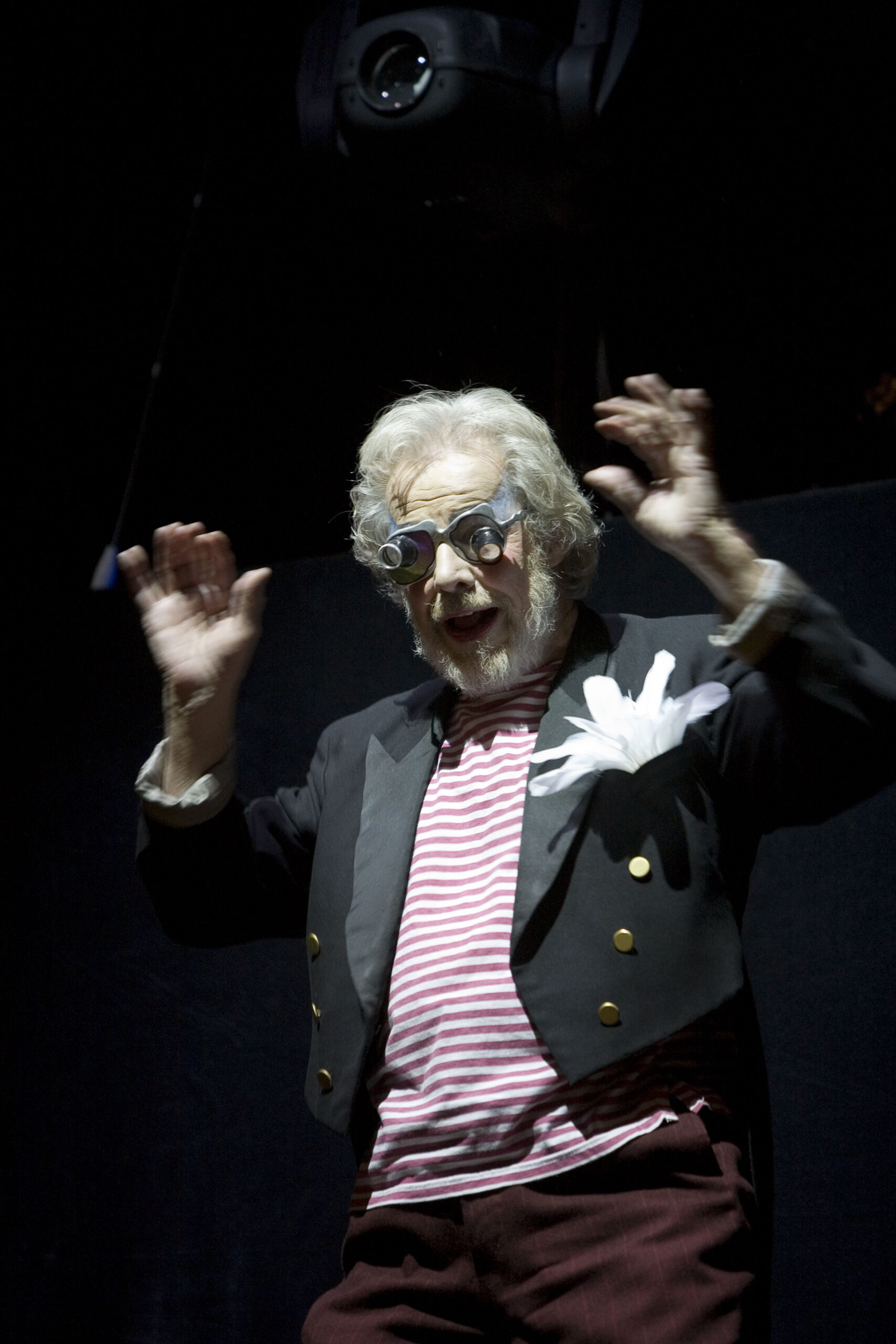 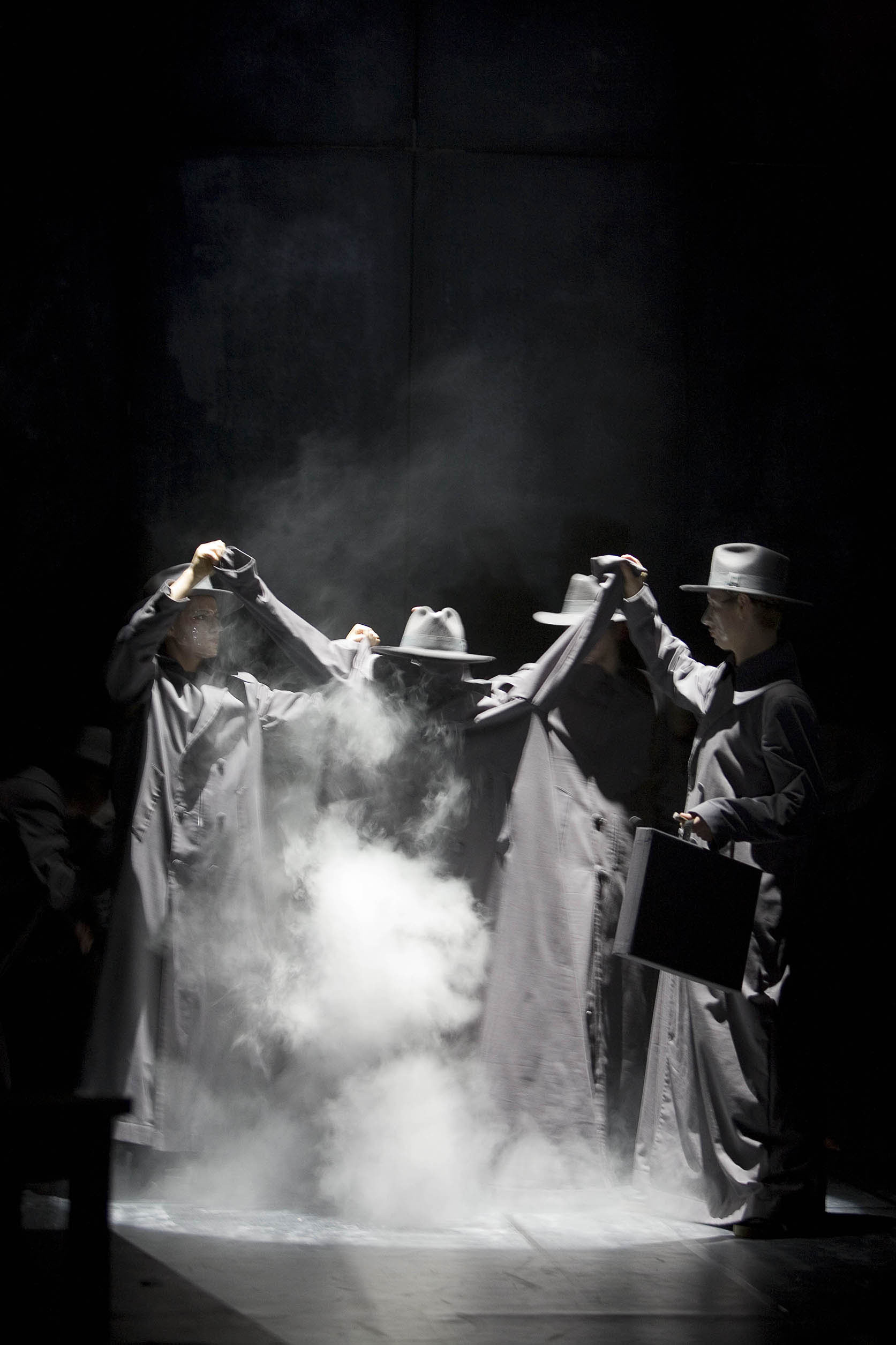 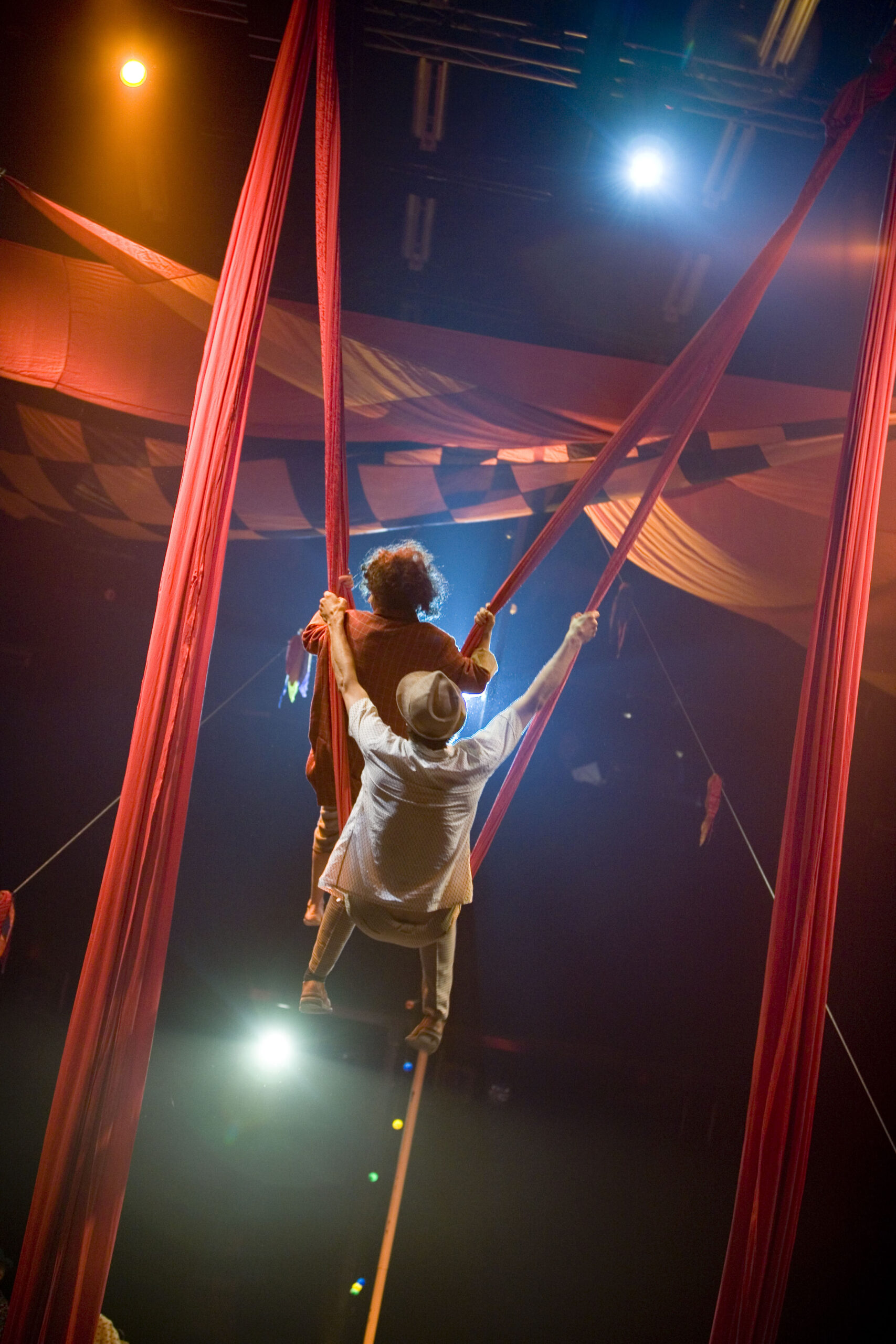 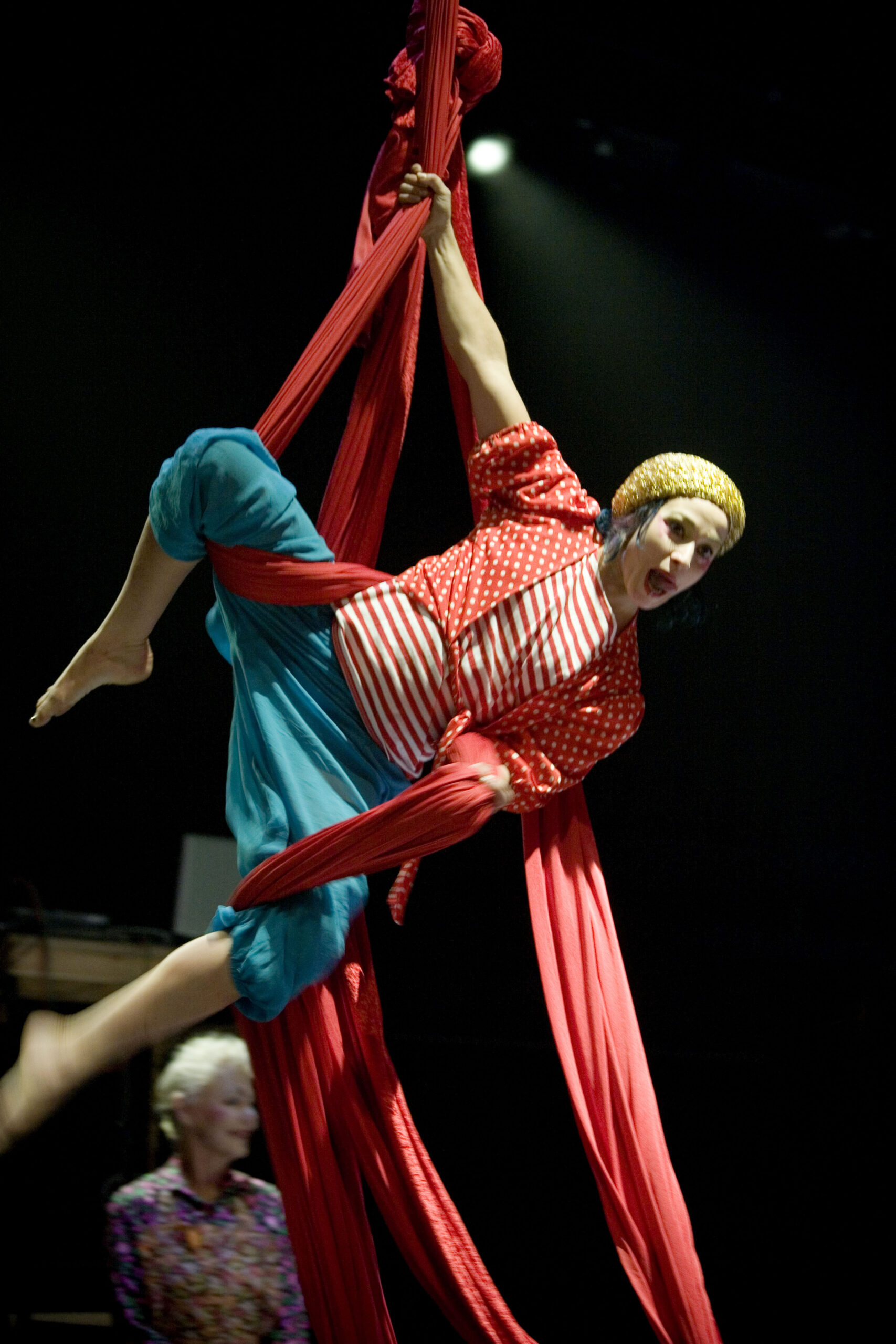 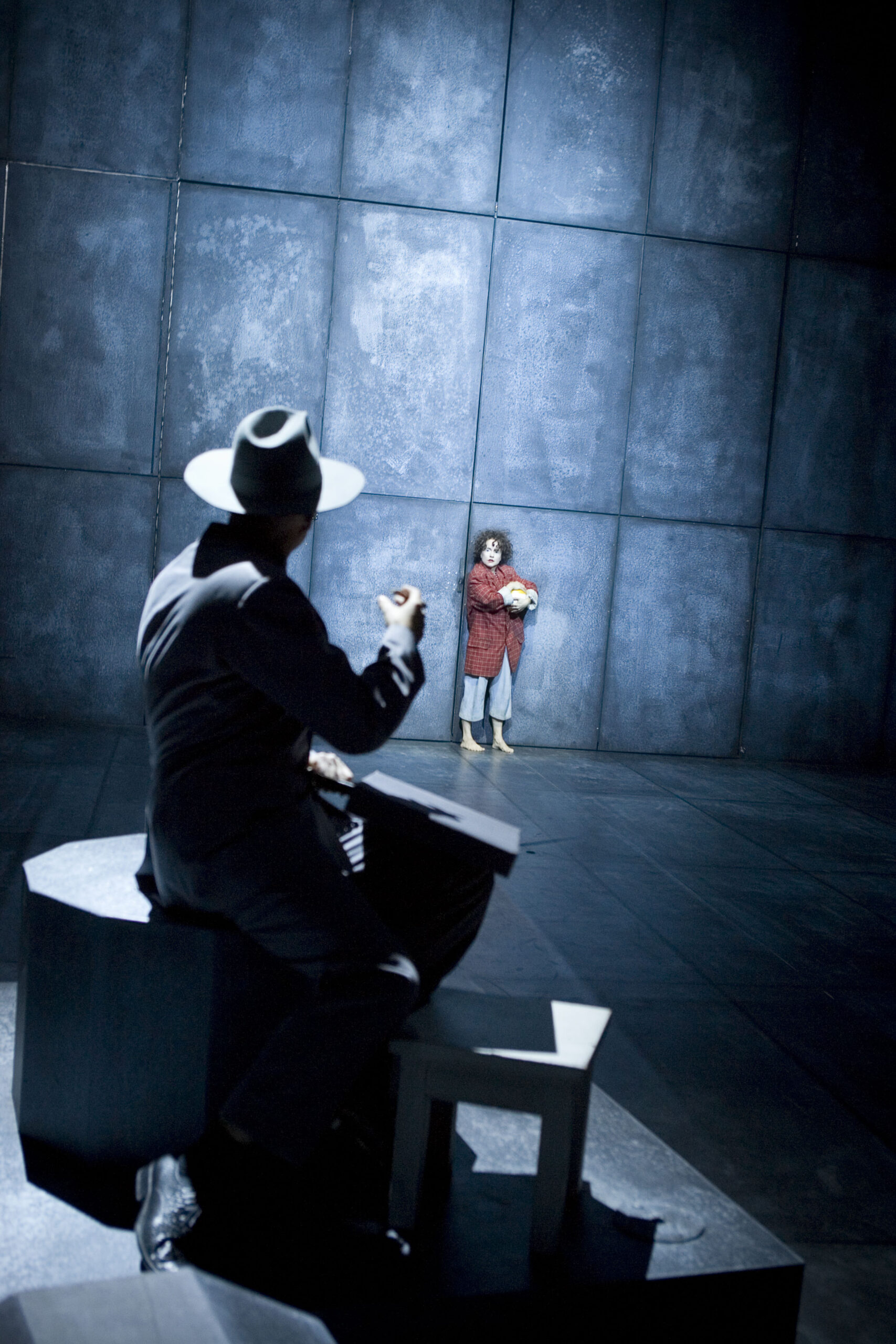 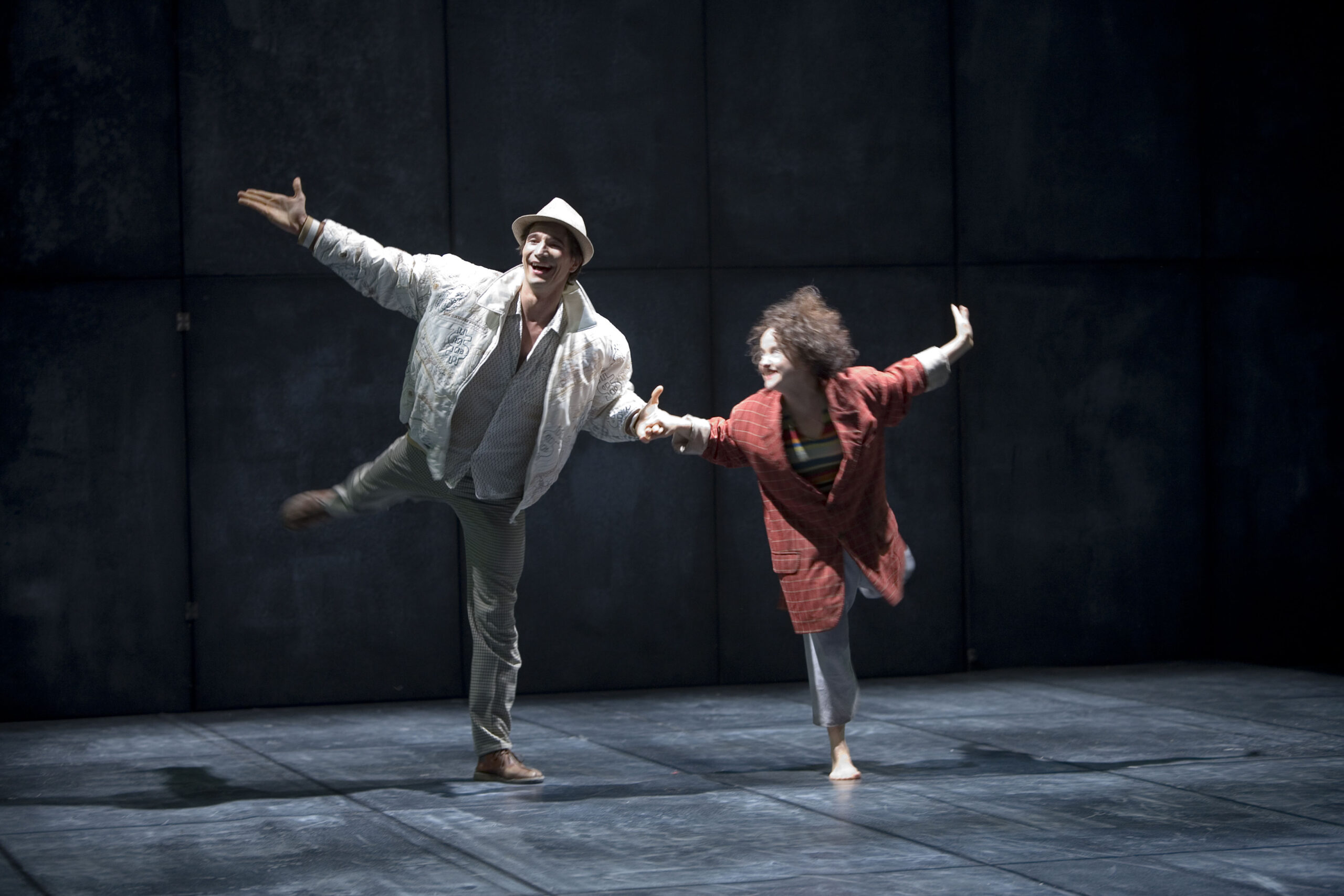 The idea to “circus-ify” the dramatization of “Momo” is genius... an extravagantly generous production about the meaning of life, which also illustrates the power of culture and the necessity of art.

A gorgeous and overflowing fool's mirror. The audience in Skärholmen if gifted a few happy hours...

Momo Mia! Being there was like living a little adventure... this shows that contemporary circus theater truly can develop its own language where text, movement and image merge and hold each other up...

With the participation of 16 enthusiasts from the suburban district of Skärholmen and Botkyrka Municipality as well as 17 students from the circus program at Sweden’s School of Dance and Circus.